So I’m a smidge behind on my blog posts. Between moving into my apartment, starting my work with the students, and just trying to take in every moment of this experience for all it is worth, I haven’t had the time (or motivation, to be honest) to sit down and write about my day trip to Vézelay last Sunday. So without further ado, on y va!

Last Sunday, a colleague graciously offered to take me and the other assistant (let’s call her T from here on out) to check out Vézelay, a beautiful town about 25 kilometers from Clamecy.

For those of you who don’t know anything about Vézelay, here is a quick summary: Vézelay is a hilltop town famous for the Vézelay Abbey. The town itself and its’11th-century Basilica of St. Magdalene are designated UNESCO World Heritage Sites.  The Basilica also has a relic of Mary Magdalene; her finger bone is located in a crypt within the church. Finally, Vézelay is one of the four starting points for the pilgrimage route to Santiago de Compostela, which totals 1700 kilometers.

I didn’t know much about the town before I went except that it was supposedly a beautiful place to visit, as it had been recommended to me by nearly all the students I talked with. Well, everybody who told me about it was right: Vézelay is incredibly beautiful and so worth visiting if you are in the area! The Basilica itself is breathtakingly beautiful and the town boasts an incredible amount of rich history. There are a number of restaurants and shops on the way up the hill to the Basilica, so you could easily spend a long afternoon exploring and taking it all in.

After a short car ride to the town, we parked the car and started our ascent to the Basilica. On the way up the hill, we discovered Musée Zervos–Maison Romain Rolland, a collection of modern art in the home of Romain Rolland, who was a French writer, born in Clamecy, and who won the Noble Peace Prize for Literature in 1915 (also, the high school I work at was named after him!). As the museum is free for anyone under the age of 25 (#blessed by being young and in France), we decided to explore it! 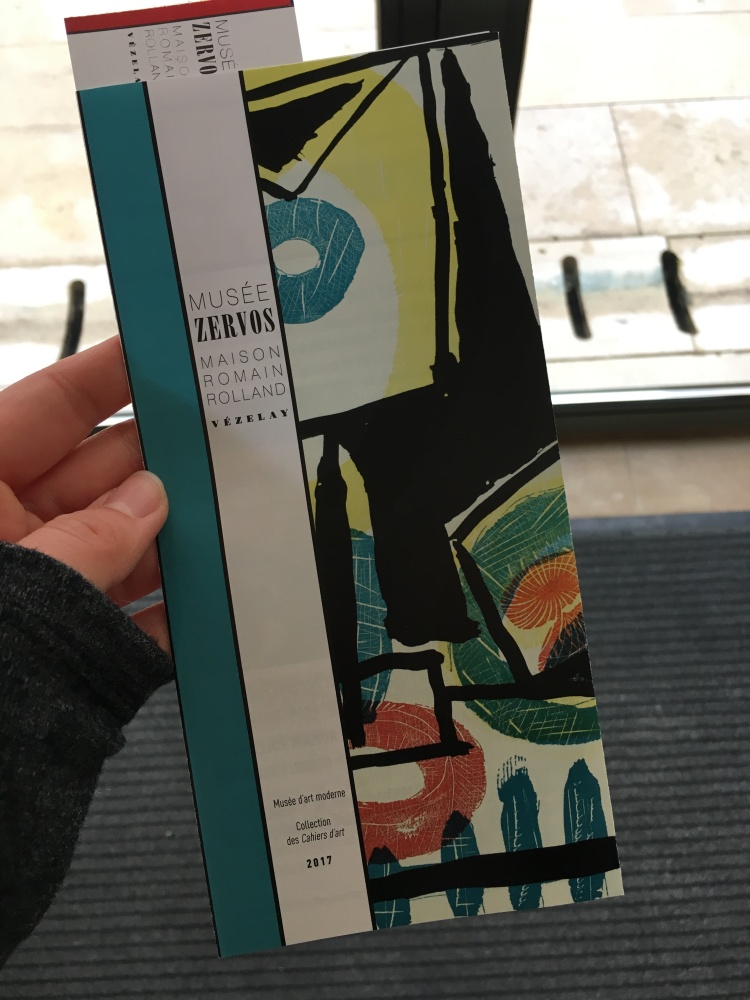 Each room of his house is dedicated to a different type or time period of art, ranging from art in the 1920s to works by Pablo Picasso to abstraction in the 1950s. While you aren’t allowed to take pictures inside the house, I can assure you it was worth paying a visit! It was interesting to see the vast array of art that the Zervos’ family had in their possession by both well-known and lesser-known artists.

After spending about an hour in the museum, we continued our trek up the hill and made it to the Basilica. The pictures I took do not even get close to doing it justice.

By far, my favorite part of the experience was going down to see the crypt where the relics of Mary Magdalene are located–just being in the room gave me chills and nearly brought tears to my eyes. It was overwhelming (in all the best ways) to be surrounded by hundreds of years of Christian history and an immeasurable amount of faith and love in a single room.

After spending some time in the church, we headed around the back to check out the view. Again, this picture doesn’t even come close to doing it justice.

We took a bit of time taking it all in and made our way back down to the car, but not without stopping for honey crêpes and coffee (them) and a hot chocolate (me). As someone who has only ever had hot chocolate from the packet, this was so, so good. Honestly, it was like drinking a melted chocolate bar. United States, you need to step up your hot chocolate game because now that I’ve had the good stuff, I can’t go back.

That’s all for now but be expecting some exciting travel blogs in the near future!