In a strange turn of events, I ended up going to Lyon for the Vacances de Noël after my host in Strasbourg canceled on me the Friday before my Wednesday trip and it was, miraculously, the one train ticket I bought that could be modified. Thankfully, I stayed in Clamecy for Christmas, so I was able to rearrange my trip with minimal stress after the initial shock/anger of being canceled on. In part 1, I’ll recap days 1 & 2 in Lyon and part 2 will include days 3 & 4. There are so many pictures that I want to share that if I put it all in one post, it would go on for ages. So, without further ado, here is my day 1 & 2 recap of Lyon.

***I apologize in advance for how many pictures there are going to be in this post–it was unbelievably difficult to narrow it down!

Wednesday was a long day of travel for me. It started with a 10am bus from Clamecy to Auxerre and, after making it to Auxerre, I ate lunch and hung out in the train station while I waited for my next train to Laroche Migennes.  After making it to Laroche, my train from there to Dijon was 20 minutes late, causing me to miss my final connection between Dijon and Lyon. Thankfully, there was another train to Lyon an hour later that I was able to catch without a problem. In the end, I made it to Lyon a bit later than initially planned, but I made it there nonetheless! I navigated my way to my hostel, got situated in my bunk, and just hung out in the lobby talking to some fellow travelers before heading in for the night.

On the note of my hostel, I stayed at Away Hostel and Coffee Shop and I would recommend it to anyone looking for somewhere cheap to stay in Lyon! The rooms were really nice; even though I was in a room with 10 bunks, it felt very private and there was never a noise problem. Another nice thing about Away Hostel is that the first floor is also a coffee shop; they offer breakfast, lunch, dinner, snacks, and of course, hot beverages! The location is good-it’s a 5 minutes walk to the Musée de Beaux-Arts and a 15-minute walk to Vieux Lyon, where many of the other museums and things to do are located. I was unbelievably pleased with my stay there.

Thursday started out early for me. I knew it would be my one day in Lyon without any rain and decent weather, and I wanted to profit from it! One thing I learned about myself while traveling solo is that I love being able to wake up early and explore. Being the morning person that I am, it was nice to be out and moving before 8h30 (this might sound crazy to some people who don’t know me, but I fully own and love the fact that I am a morning person).

I started my morning with a breakfast at the hostel. It was by no means extravagant, but it did the job. 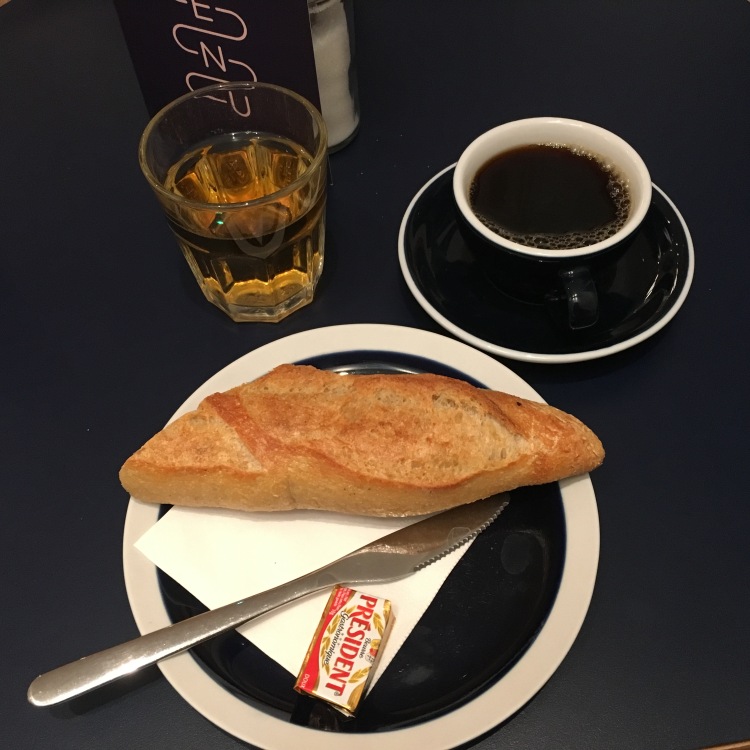 After breakfast, I headed out to explore the Parc de la Tête d’Or and ended up spending nearly 3 hours there walking around, taking pictures, and visiting both the zoo (though there were very few animals out) and the botanical gardens. I really loved being out there so early because I got to watch an awesome sunrise and see a bit of Lyon before most of the city had woken up yet. 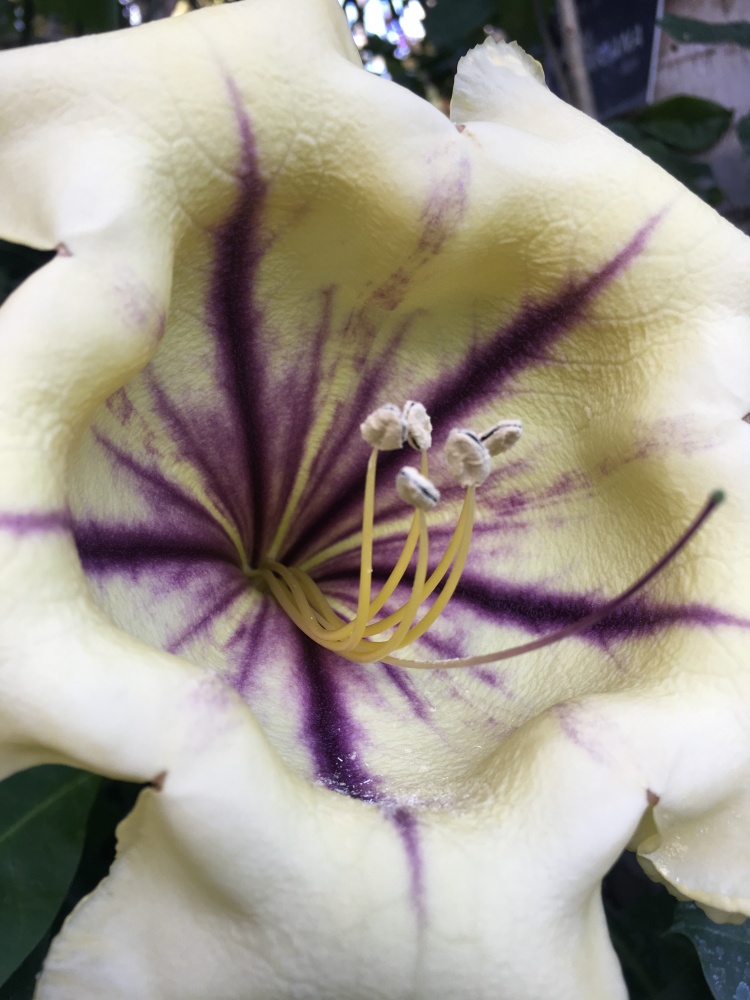 After the park, I walked to the Halles de Lyon, a must-see if you are a foodie! Essentially, it is an indoor market, but there are also lots of little restaurants and fancier stalls than you would find at your traditional Saturday marché. It was exciting to look explore and if you’re looking to work up an appetite, this is the place to go! There were so many different smells and types of food to look at, it was hard to take it all in.

By the time I finished at the Halles, it was lunchtime and I began my quest to find a restaurant. Something else I learned about myself in solo traveling: I am unbelievably indecisive when it comes to picking a restaurant, and because of this, it resulted in me not eating lunch until 14h00 after meandering around Lyon for two hours. On a positive note, I did explore a lot more than I would have if I had chosen the first restaurant I saw, so there is a plus to my indecisiveness. 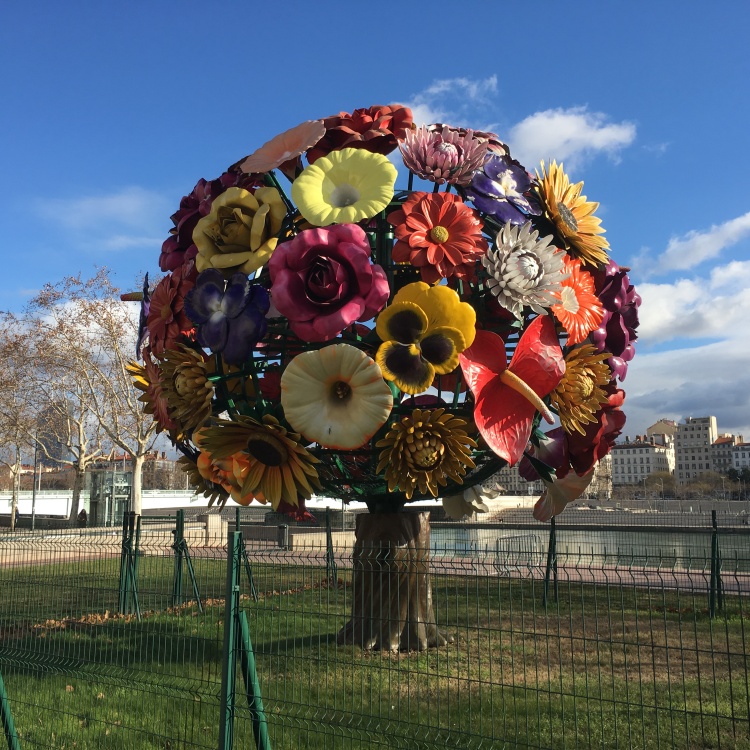 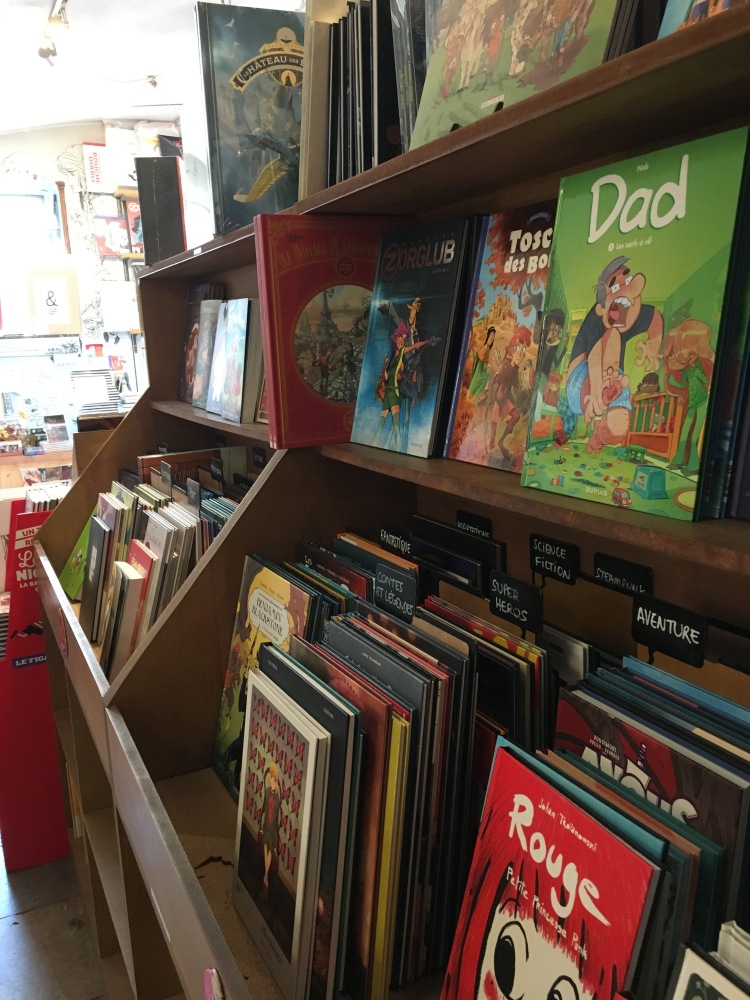 I finally found a restaurant near my hostel that wasn’t crammed full of people, so I stopped and had a pita at Athina. I probably wouldn’t eat there again, but for 6 euros, it worked in a pinch. 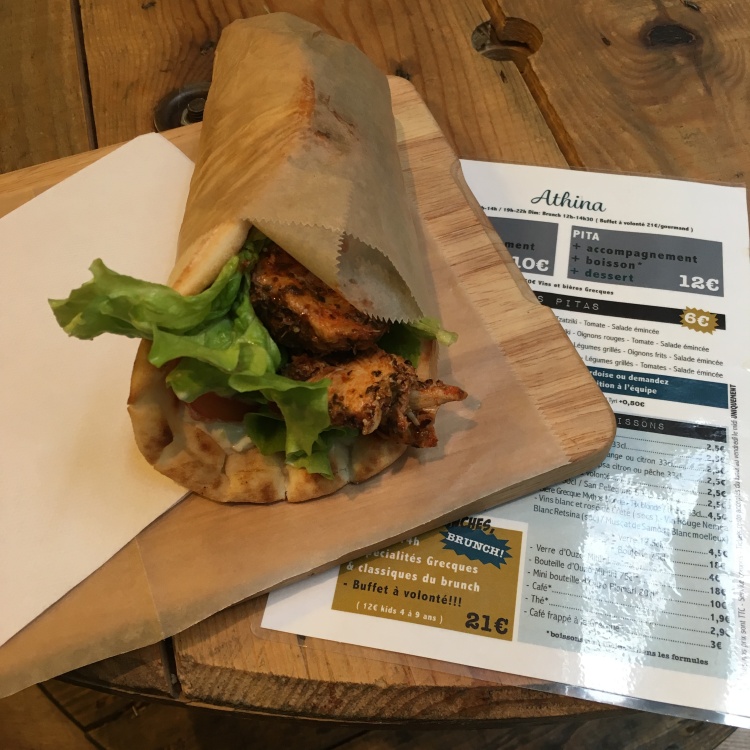 By this point in the day, it was 14h30 and, according to my phone, I had already walked 25,000 steps, so I dragged myself back to my hostel and took a short break to rest my feet.

After walking 25,000+ steps, I decided that, despite it being less than 40 degrees F out, I absolutely deserved to treat myself to some ice cream, so I headed to Réne Nardone Glacier to get myself a treat. Consider this a warning: anything other than a simple scoop of ice cream is crazy expensive (I’m talking between 8-10 euros for a sundae!), so be prepared to order something simple or really treat yourself! Not knowing the cost before I got there, I ended up just ordering a scoop of caramel salé in a waffle cone, which was perfect! 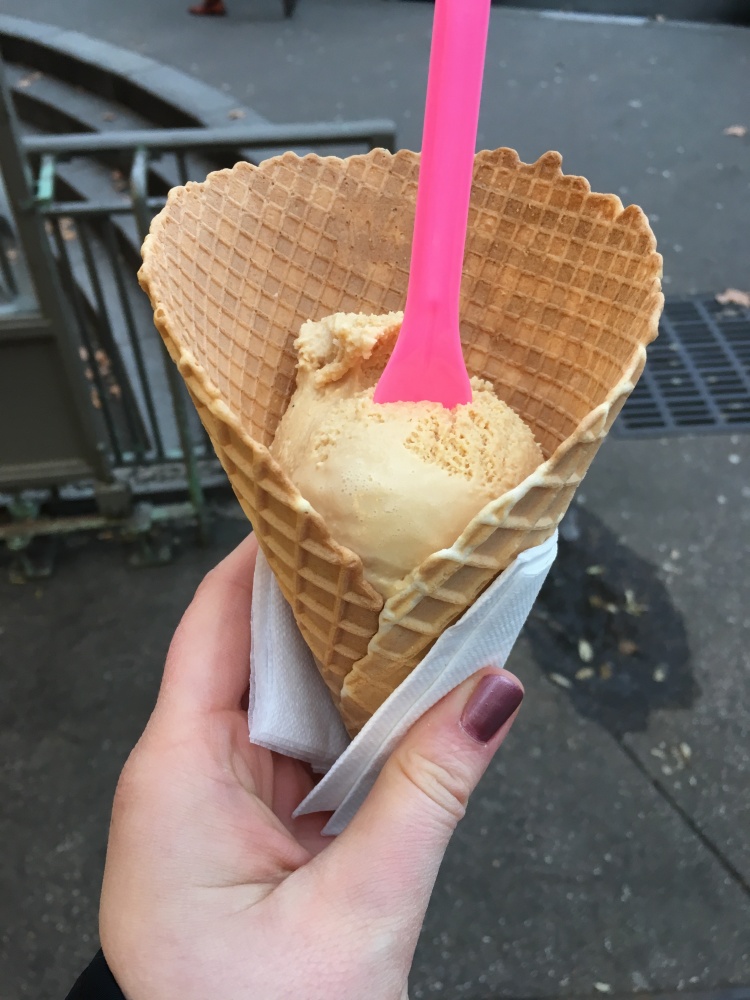 I slowly wandered back to the hostel and, after visiting Monoprix to pick up dinner foods, spent the remainder of the evening at the hostel relaxing and working on my online class before heading to bed early (I ended up with 33,000+ steps and walked 21 kilometers, so my early bedtime was much needed!)

Thanks for reading my first of three recap posts! Check back tomorrow for Part 2!