This past weekend, I had the wonderful opportunity to spend a bit of time in Paris. While of course, I love Clamecy, it was nice to leave for the weekend and do some things that you just can’t do living in a small town. I was able to hit quite a few things on my TAPIF bucket list while I was there as well. Without further ado, let’s get this weekend recap post started!

After a train ride and a FlixBus, I arrived in Paris just after 15:00. I was fortunate enough to be able to stay with a friend for the weekend, so I took a quick metro ride from Bercy to her apartment, dropped off my bags, and was on my way to my first destination of the weekend: the Louvre! 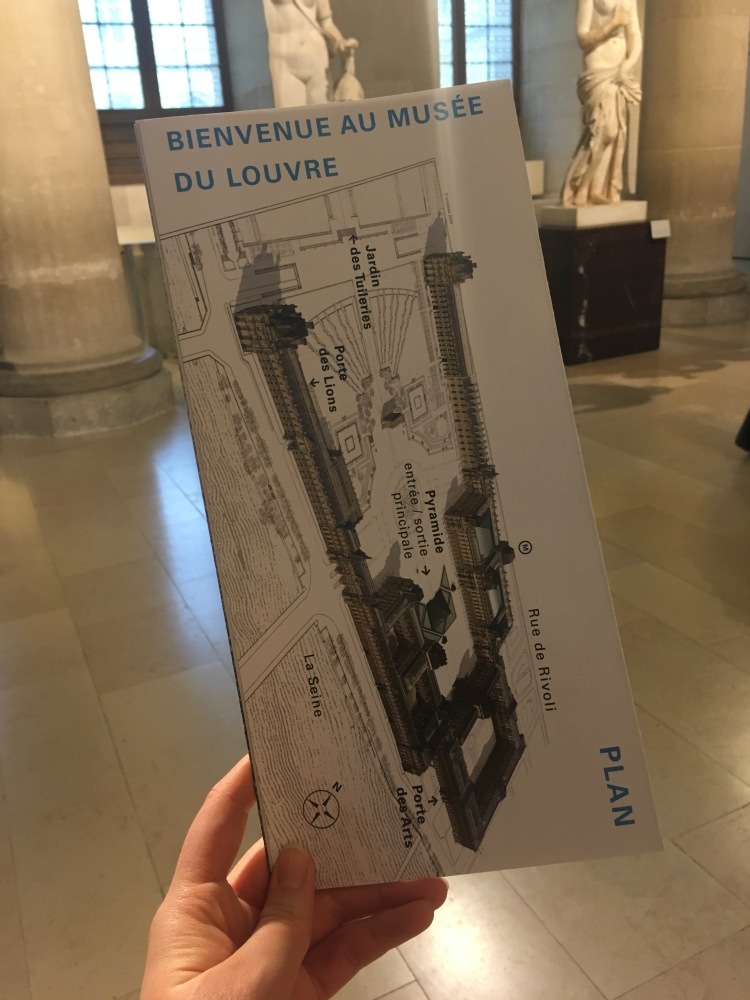 As the Louvre is open late on Friday nights, I decided to take full advantage of the extra hours to explore the giant museum. I got there just before 17:00 and instantly started meandering and exploring. I knew I wanted to see the Winged Victory statue and the Mona Lisa (of course – you can’t go to the Louvre and not!). 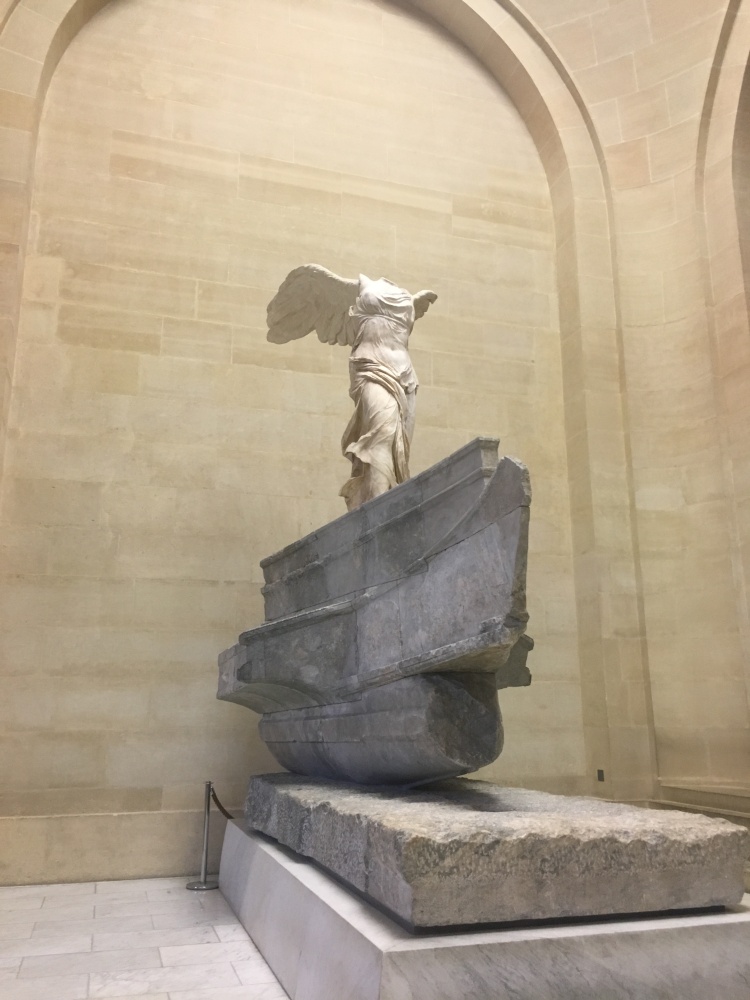 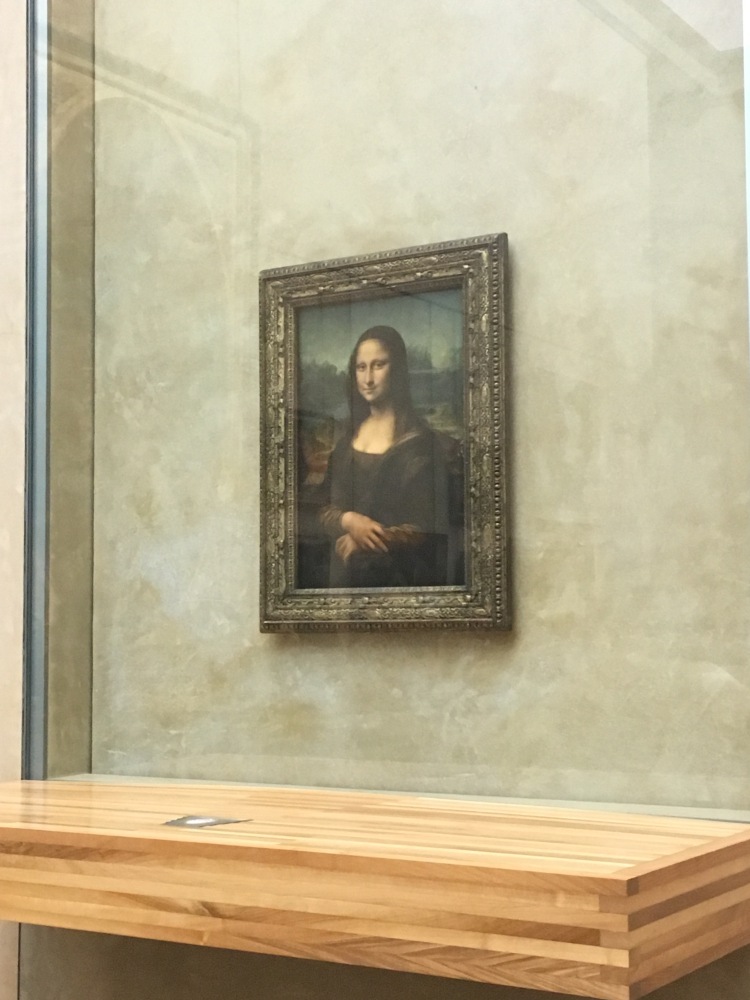 Given that I saw both pieces in the first 30 minutes and I didn’t have a plan of action after that, I aimlessly walked around for the remainder of the time and saw a lot of different things! 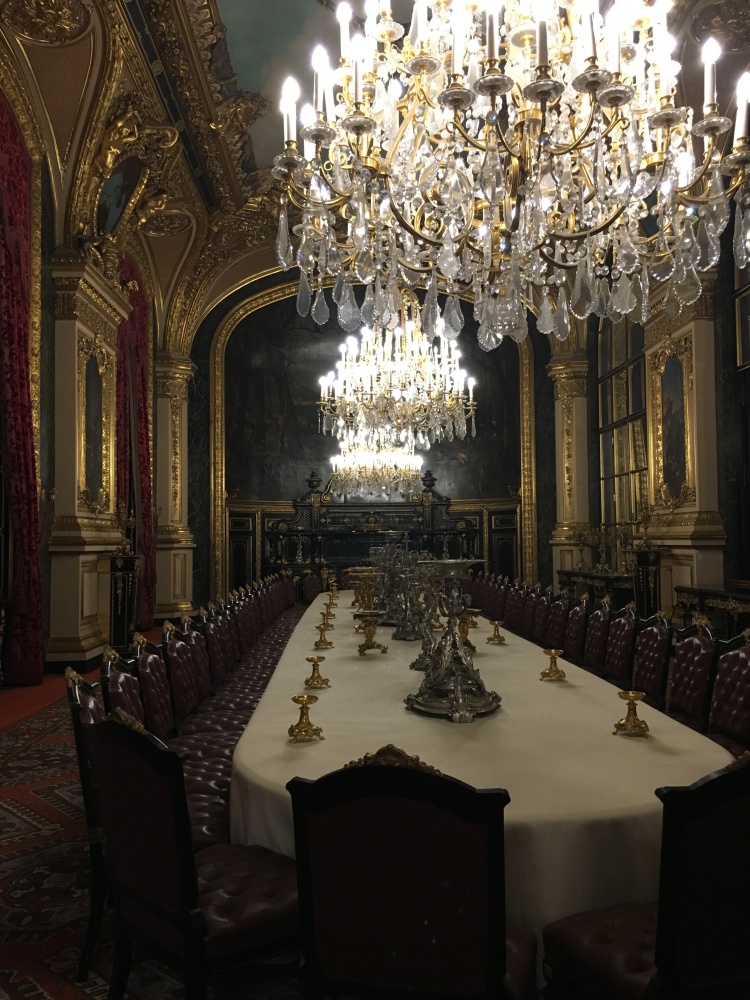 If you are ever in Paris on a Friday night, do yourself a favor and go to the Louvre! There was almost no line to get in and it was relatively empty, even at the Mona Lisa. 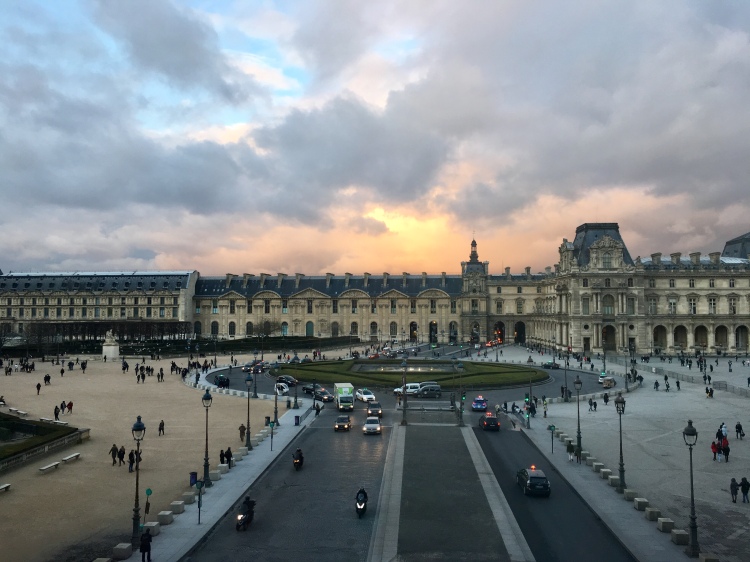 I didn’t even get close to seeing the whole museum, but I really enjoyed the two hours that I did spend there. Everything was so breathtakingly beautiful and it was really cool to see some of the pieces I had studied in my art history class way back when in person.

I had been invited to eat crêpes with my hostess and her friends that night, so I left the Louvre around 19:00 and walked to the bar (Le Basile) to meet up with them. They were just finishing up their drinks when I got there, so I didn’t order anything, but the place had a very young, fun vibe (it’s located next to Sciences Po in Paris, so it’s essentially a student bar). We talked and waited for a few more of her friends to show up before the six of us headed to L’Atelier – Artisan Crêpier.

The place has a cool vibe and the food wasn’t bad, but I definitely still prefer the crêpes and galettes from Le P’tit Grec. I ordered the Raymond (ham – cheese – mushrooms – a runny egg) and like I said, it wasn’t bad, but for the price and the quantity of food, I’d prefer to go elsewhere. I didn’t end up ordering a sweet crêpe, but everyone at the table who did really liked the ones they got. 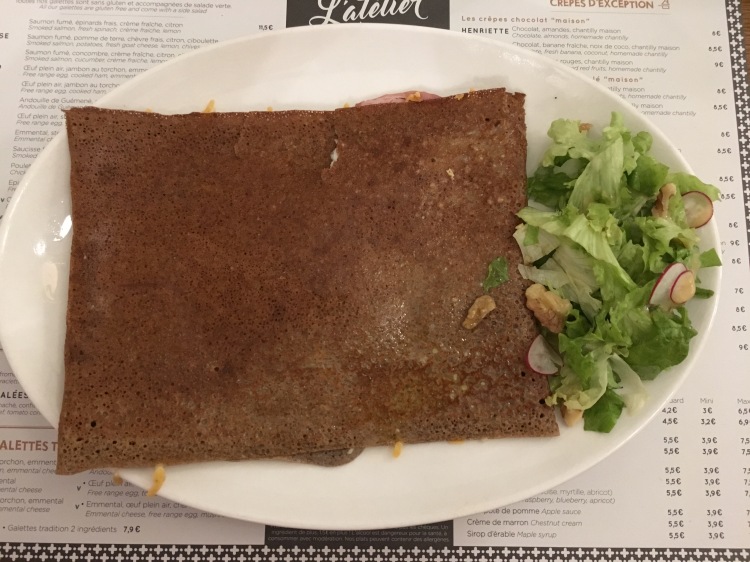 Overall, we had a nice dinner and spent a lot of time talking about anything and everything.

After dinner, we headed back to her apartment and I made a quick stop at Monoprix to pick up some foods for breakfast for the rest of the weekend. I ended the night with some journaling before falling asleep.

After waking up, getting ready, and eating breakfast at the apartment, I was out the door and on the move before 8:45am! My first destination of the day was the Musée de l’Orangerie. 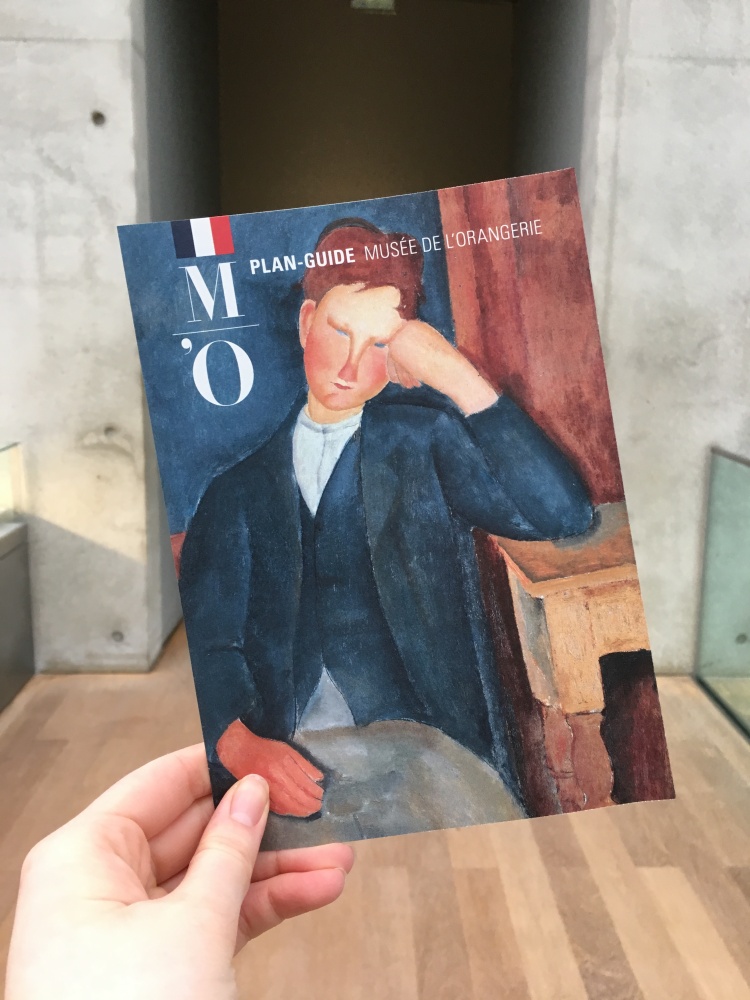 Of everywhere I visited on this day, this museum is definitely one of my favorites. It is nice and small, so you don’t have to worry about not seeing everything, and you can easily do it in under an hour and a half. The Monet rooms were really beautiful and all the pieces on the ground floor were just my vibe. I would highly recommend this museum to anyone visiting Paris–it is well worth it!

After spending an hour and a quarter at the Musée de l’Orangerie, I headed to museum number two of the day: Musée d’Orsay. 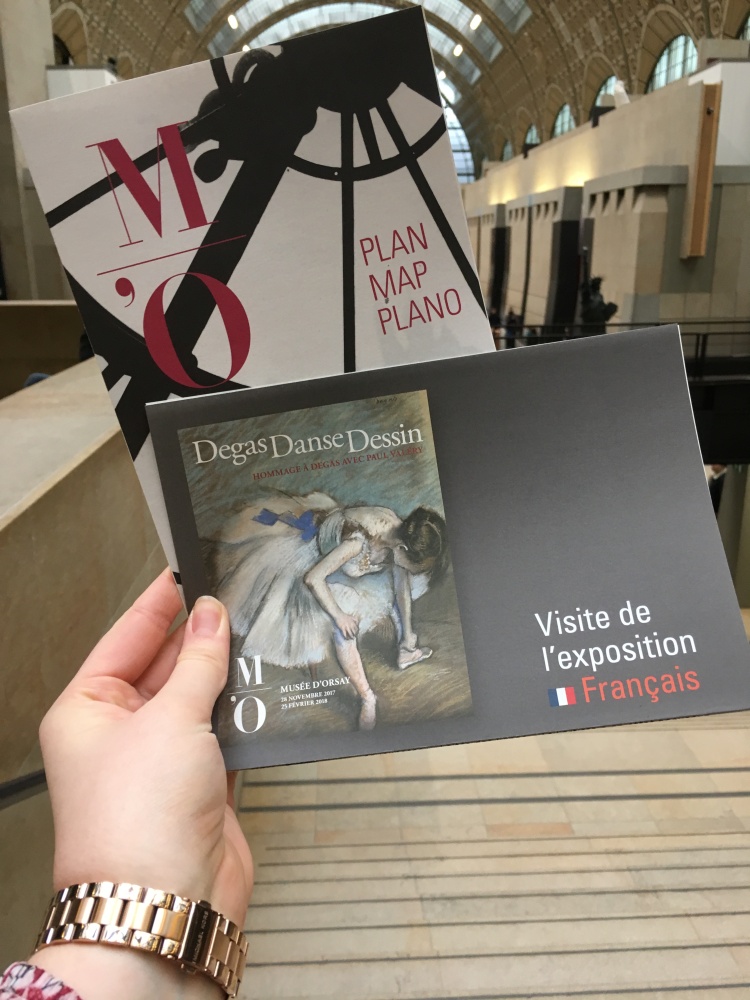 Unlike the Musée de l’Orangerie, this museum was a lot bigger and while I tried really hard to see everything, I absolutely did not succeed. However, I did see a lot of really popular artists and famous pieces, so I was successful in that regard! 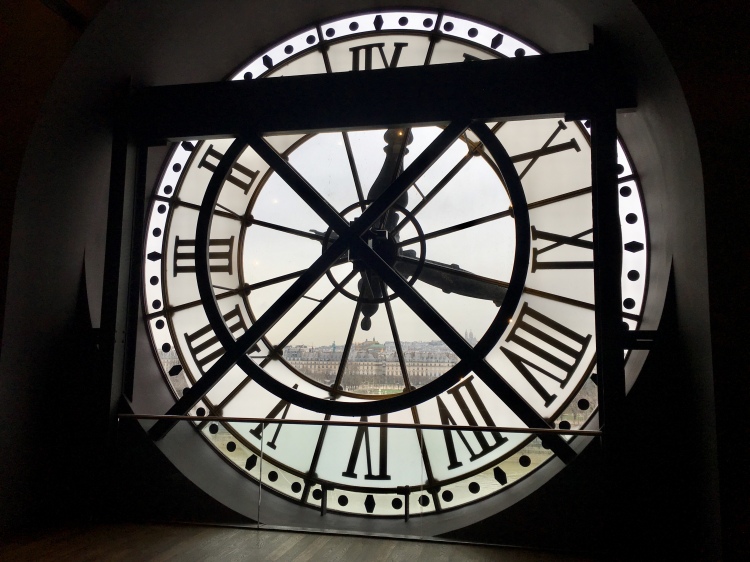 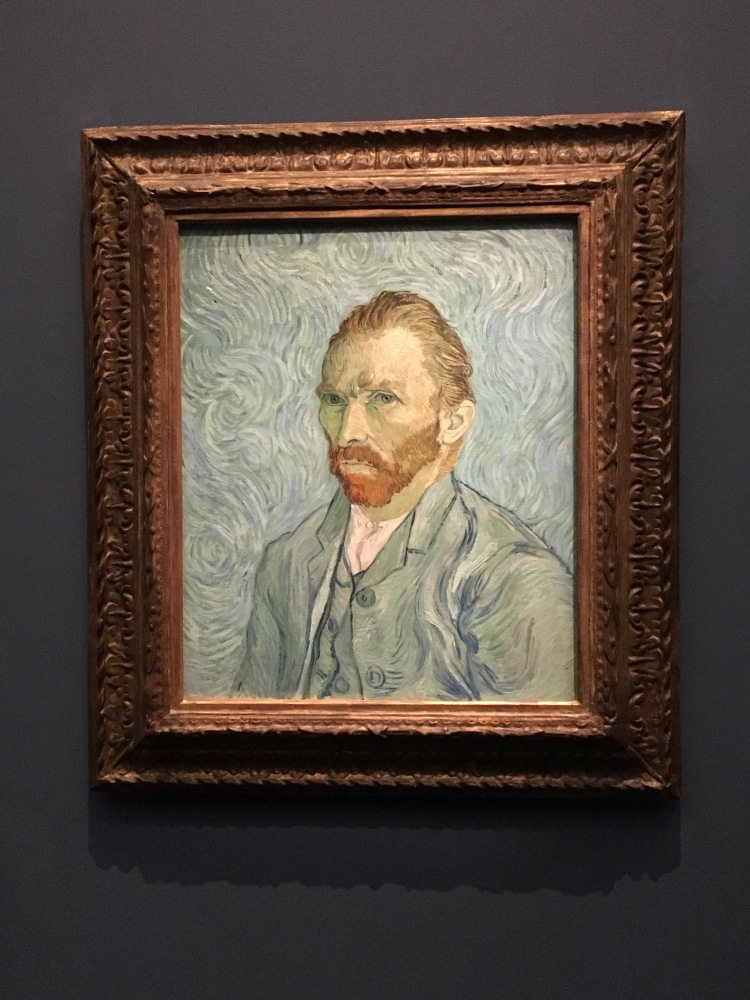 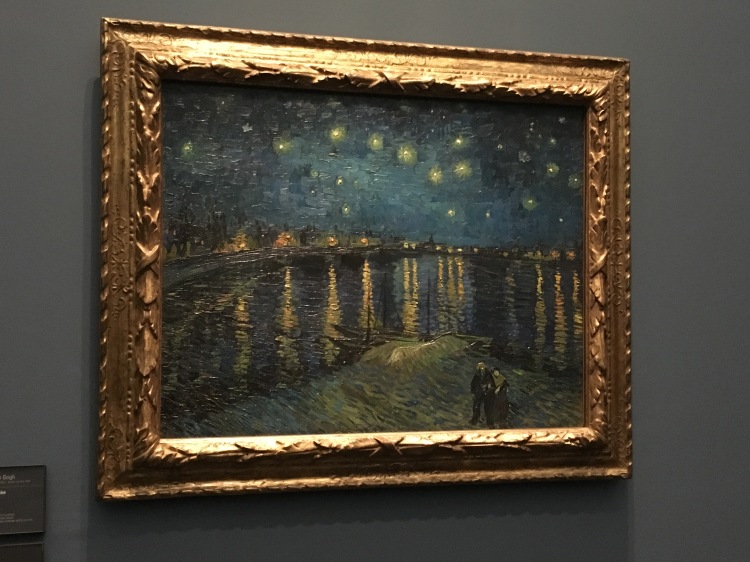 While the exhibition is closing in a few weekends, they currently have an exhibition going on the works of Degas, who is one of the artists I prefer! Unfortunately, the rooms were packed, making it difficult to fully enjoy the pieces, but it was nice nonetheless. 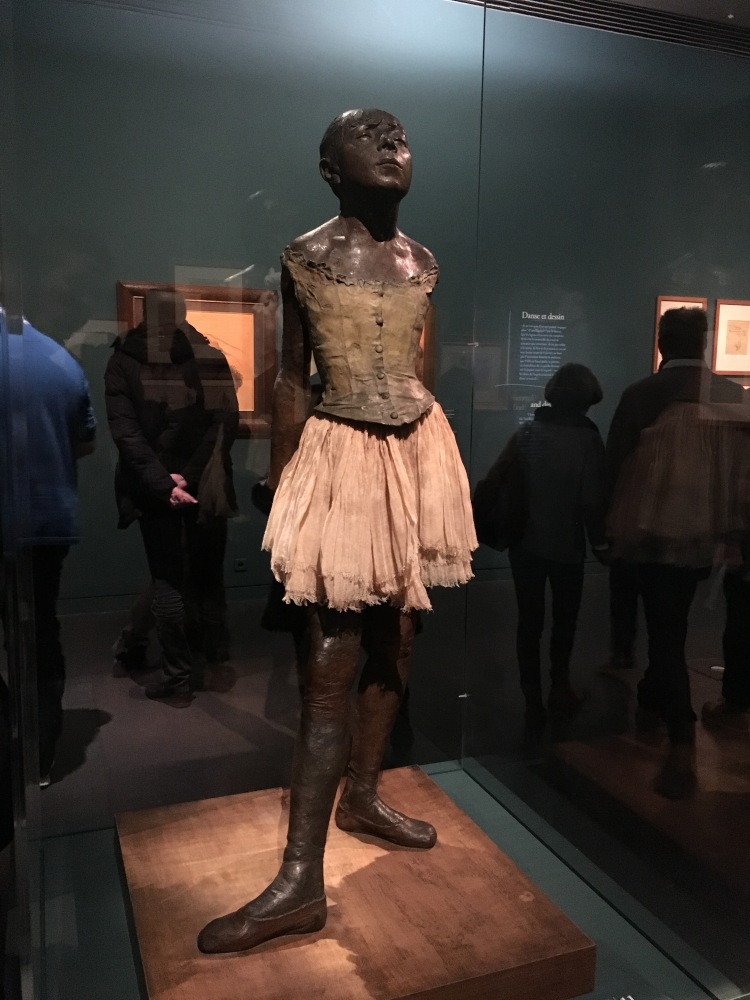 As I was too tired and hungry to continue staring at artwork, I left the museum around 12:30 in search of a café. After learning from my lunchtime mistake in Lyon, I found a decent café close to the museum and settled down for lunch. I don’t remember the name of it, but the food was okay. I ordered a Salad Niçoise and an expresso. 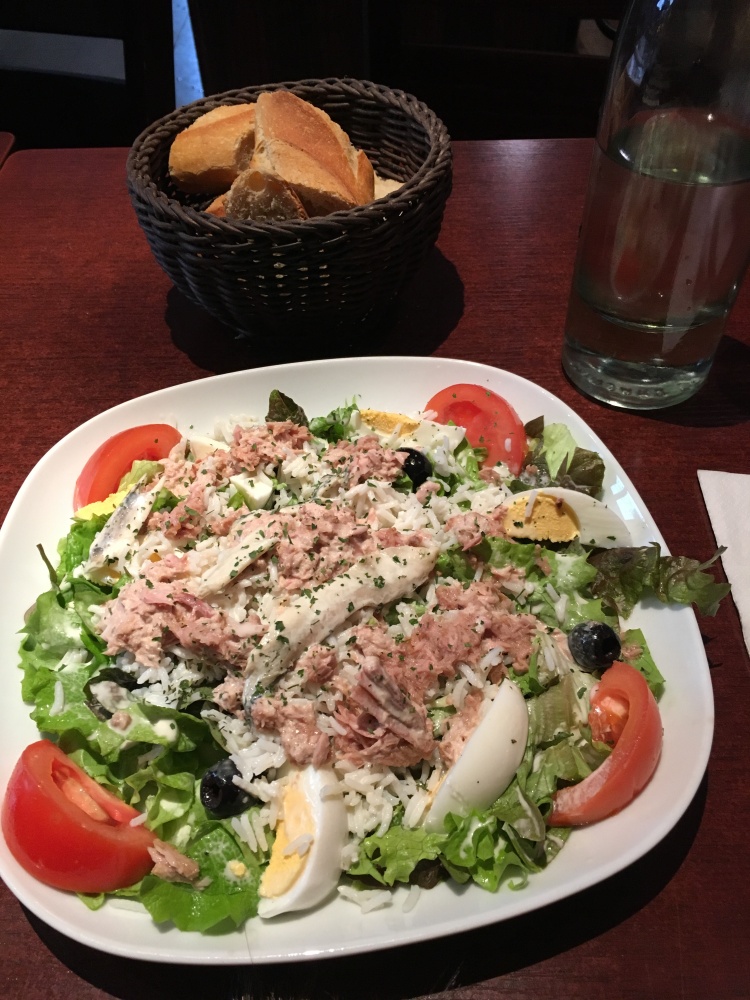 One of the perks of going out to eat by yourself: you can drink the whole carafe of water and eat all the bread in the basket and not feel one ounce of guilt for not sharing 🙂

With a full stomach and a shot of caffeine, I headed to my third and final museum of the day: the Musée Rodin! 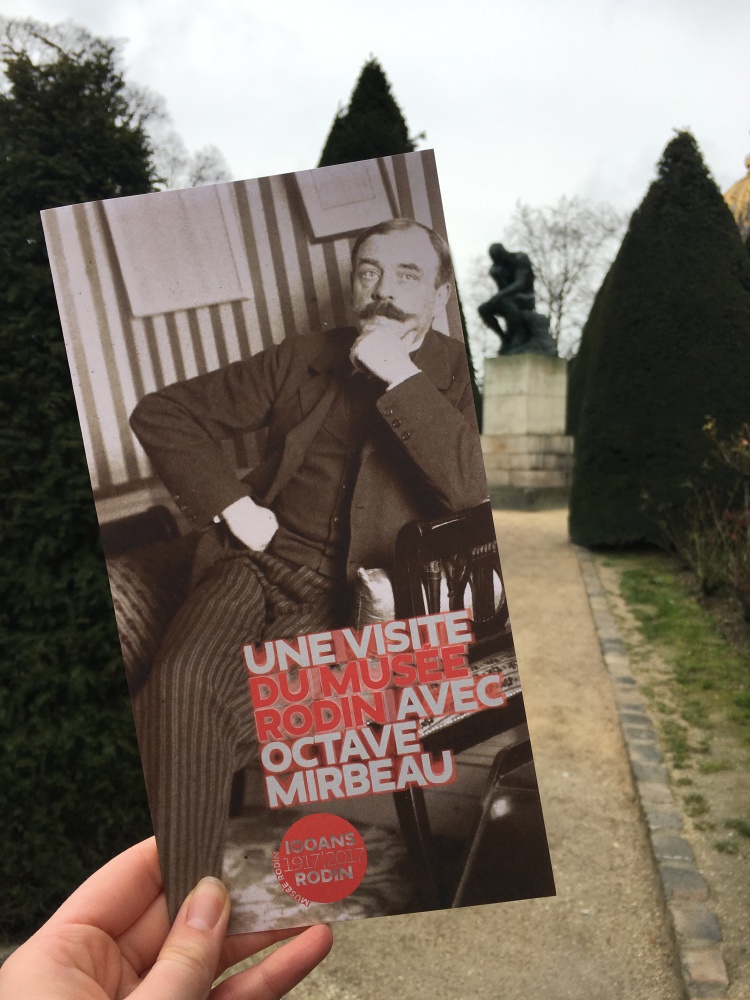 I started the trip by exploring the outside gardens and statues. I would like to return in the spring or summer, as I am sure it is a lot prettier during those seasons, but the statues were still cool. 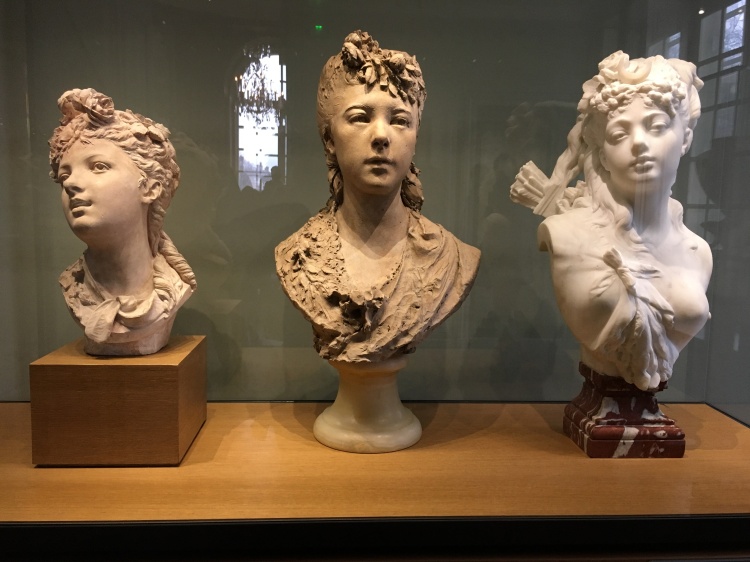 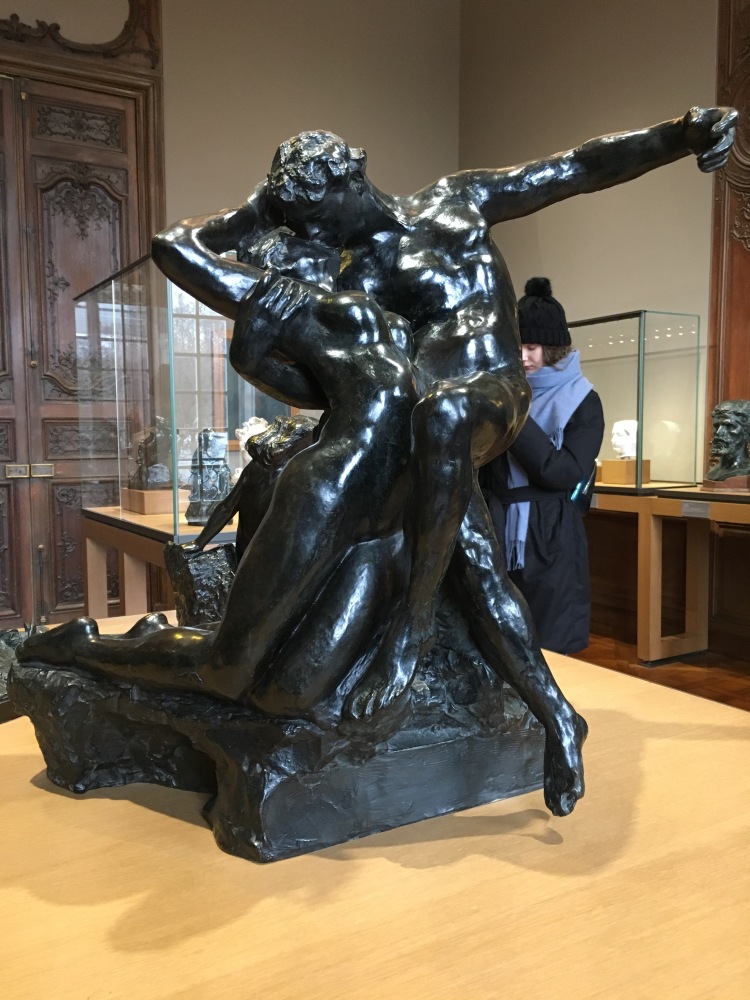 I didn’t have a set plan of action after this, so I ended up walking around the exterior of the Musée de l’Armée and toward the Eiffel Tower. 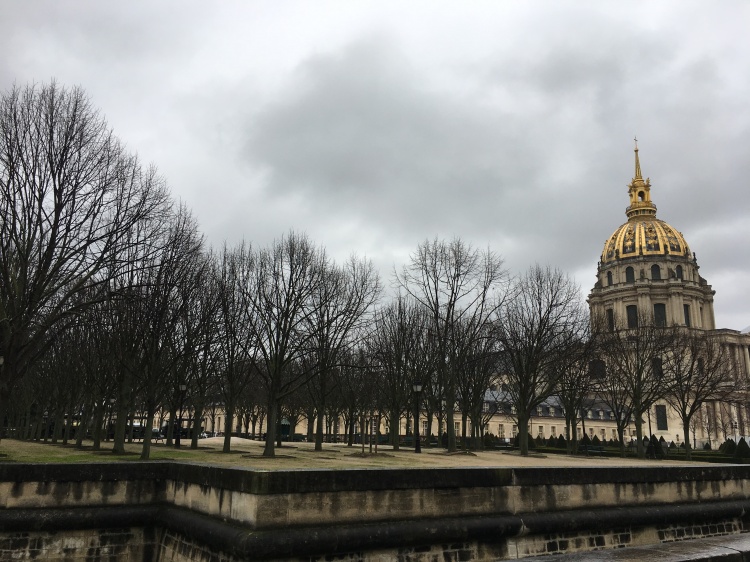 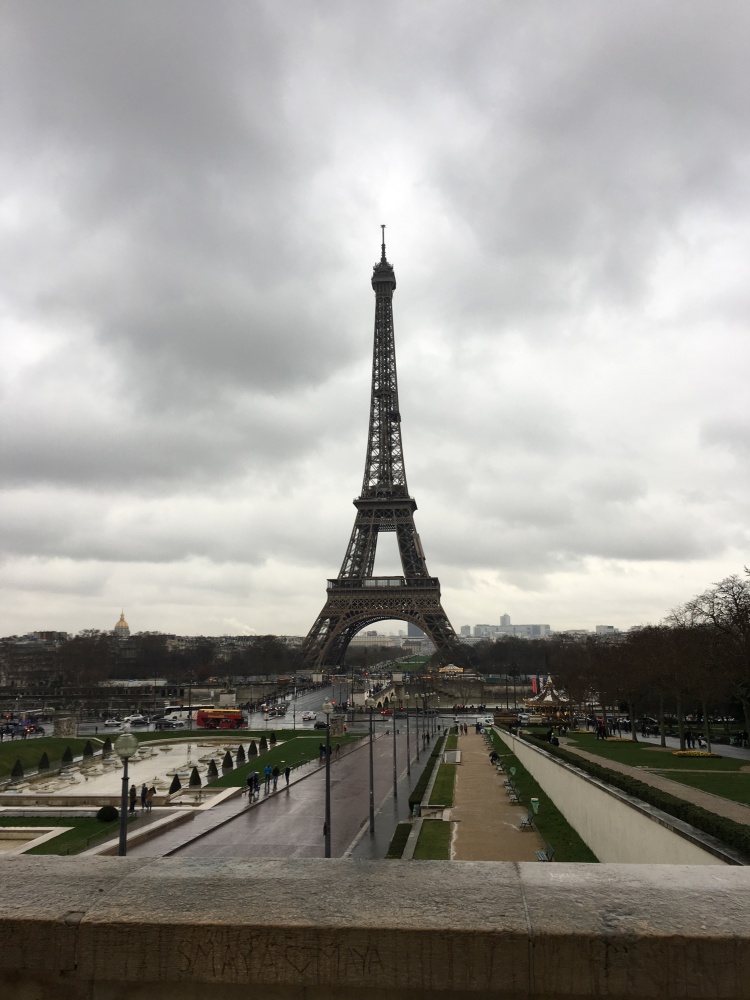 From the Eiffel Tower, I walked up to the Arc de Triomphe, which I got to just in the nick of time as I was one of the last people to get a ticket to go up to the top! 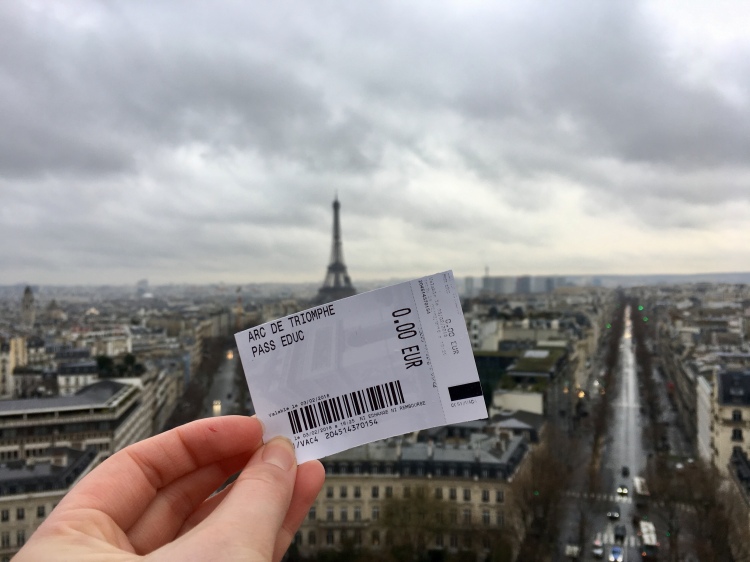 The last time I was in Paris, I saw the Arc de Triomphe but I didn’t go up, so I was really happy to be able to this time! Even with the clouds and in the rain, it was beautiful and as the girl standing next to me said, “this is perfectly Paris.” 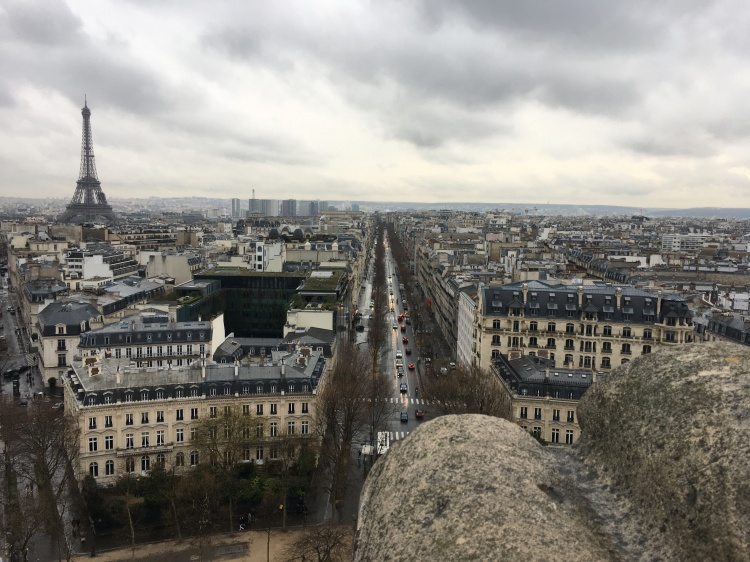 I braced the wind and the cold for as long as I could before heading back down the steps to the Champs Elysees. With all the soldes going on, I did a bit of browsing but didn’t end up buying anything, as badly as I wanted to. I was lucky that the Longchamp store was on the opposite side of the street than I because otherwise, I may have done some serious damage to my bank account.

Another first for me on this trip: I was the Eiffel Tower sparkle! I had just finished walking down the Champs Elysees and was unknowingly walking toward the Eiffel Tower instead of toward my hostesses apartment. My lack of a sense of direction was actually helpful for once! 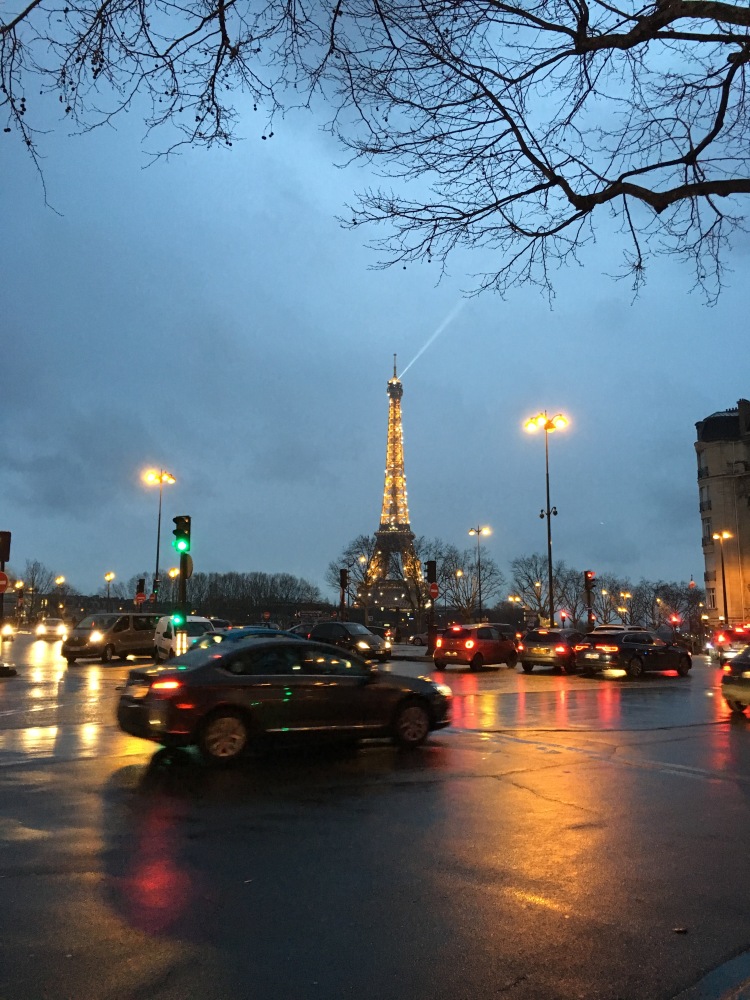 By this time, it was just after 18:00 and it was getting cold (and tbh, my feet were exhausted), so I started the long walk back to the apartment. I got there around 19:15 and I relaxed for a bit before my hostess and her friends told me they were going to watch the rest of an episode of the Bachelor. Even though I haven’t kept up with the season at all, it was still amusing (plus we were drinking wine, so you can’t really complain about that).

The three of them had a reservation at a restaurant and after my full day, the last thing I felt like doing was walking more, so I stayed back and relaxed. I was starting to feel less than stellar because drinking wine on an empty stomach+a warm apartment=no bueno, so I rushed to the Monoprix across the street to grab food for dinner. After coming home and feasting on that, I showered/got ready for bed, and passed out almost instantly.

Sunday started out nearly the same as the day before: I was awake and ready to go before 9:00. My only goal for the day was to go to the Hillsong: Paris service, and that is exactly what I did. 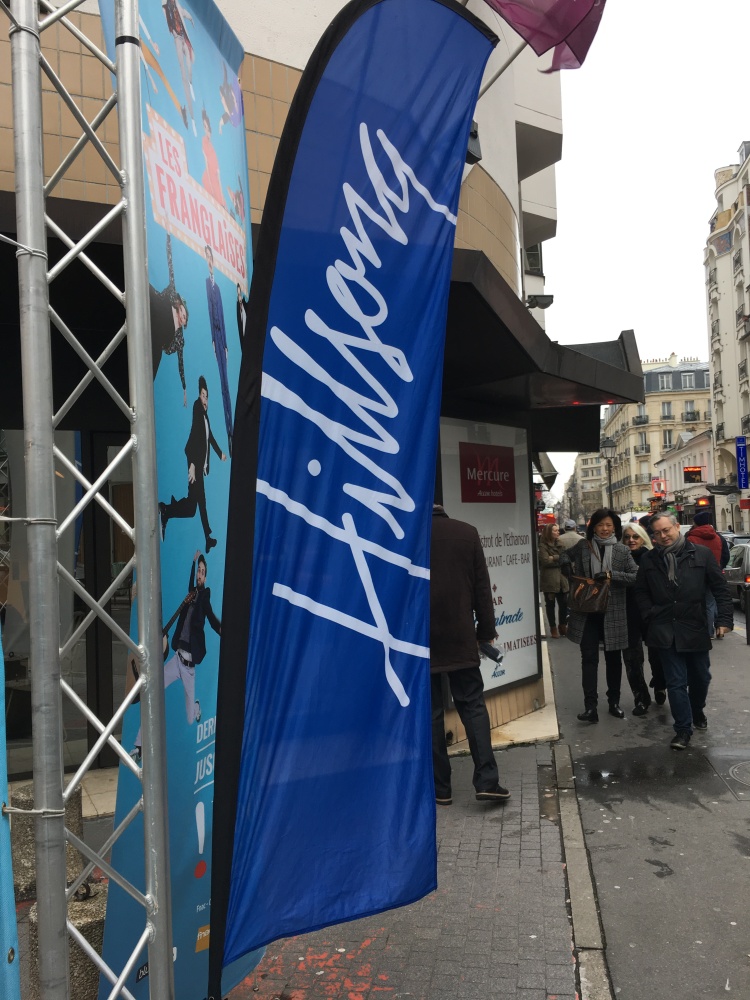 Just like last time in Amsterdam, I got super emotional during worship and it was absolutely everything my soul needed. We even sang the same song as I did in Amsterdam: So Will I (100 Billion Times), but this time it was in French! Even better, I was there on the first Sunday of the month, so we took full communion (something that hasn’t happened since this summer). 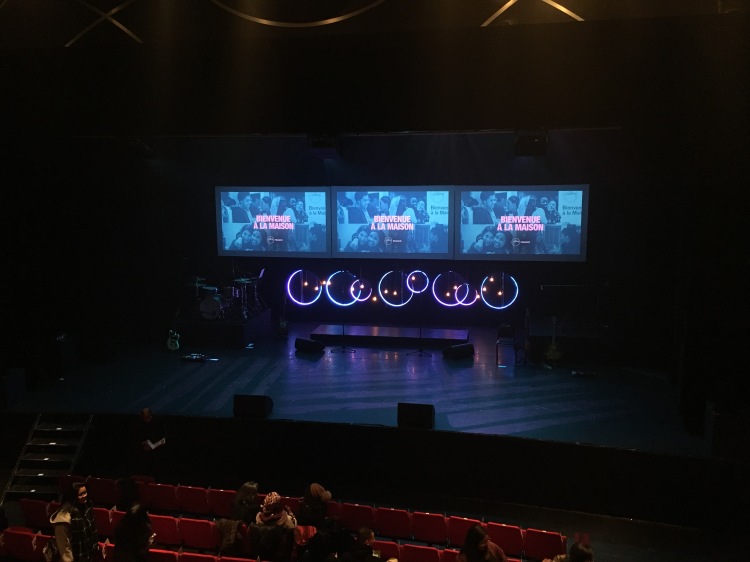 It’s a really cool service because it is bilingual: it is in English but they have a translator on stage with the pastor, translating in real time. Everything about the service filled me with joy.

After church, I walked back in the direction of the apartment so that I could make sure all my things were packed and ready to go for my upcoming bus ride. After a brief stop in the apartment, I headed to a restaurant really close by called Café de l’Empire. It was pretty crowded, but I managed to snag a table and I enjoyed a nice meal (duck confit – fries – salad – expresso). 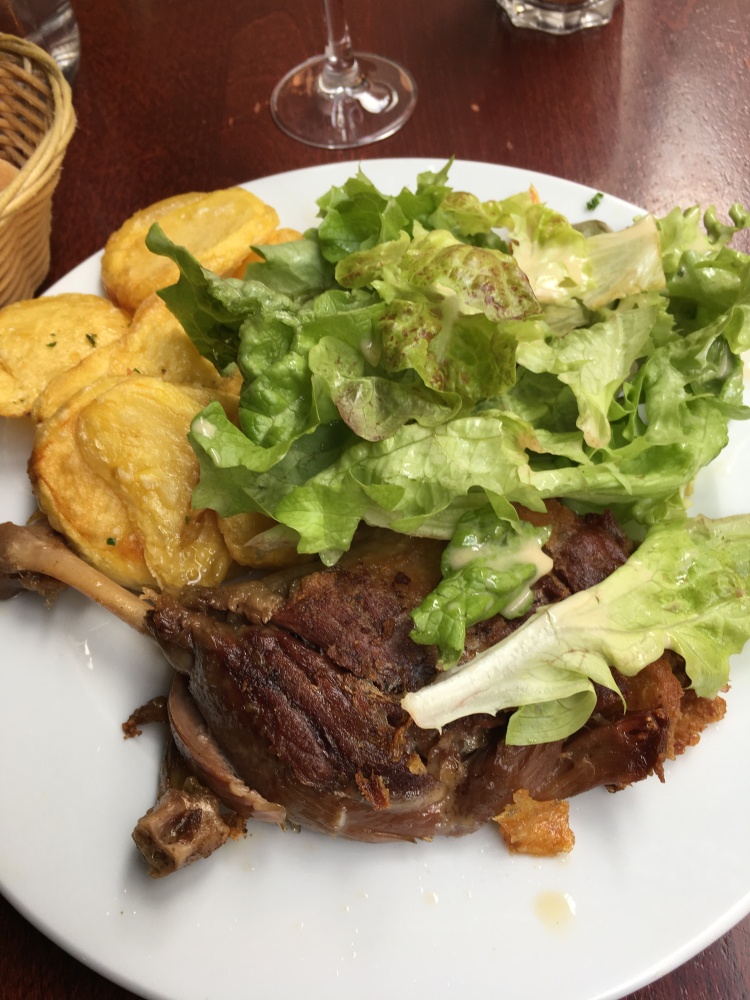 I had about an hour after lunch to walk around, so I explored a few bridges and a bookstore before making my way back to the apartment. 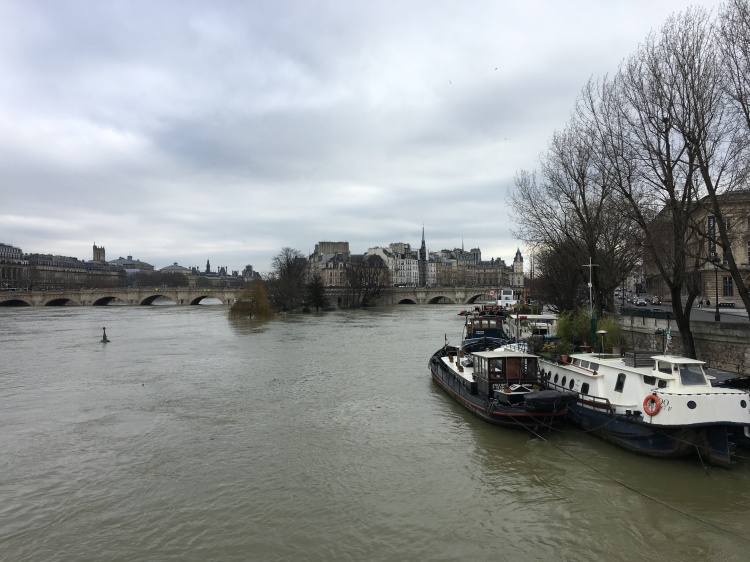 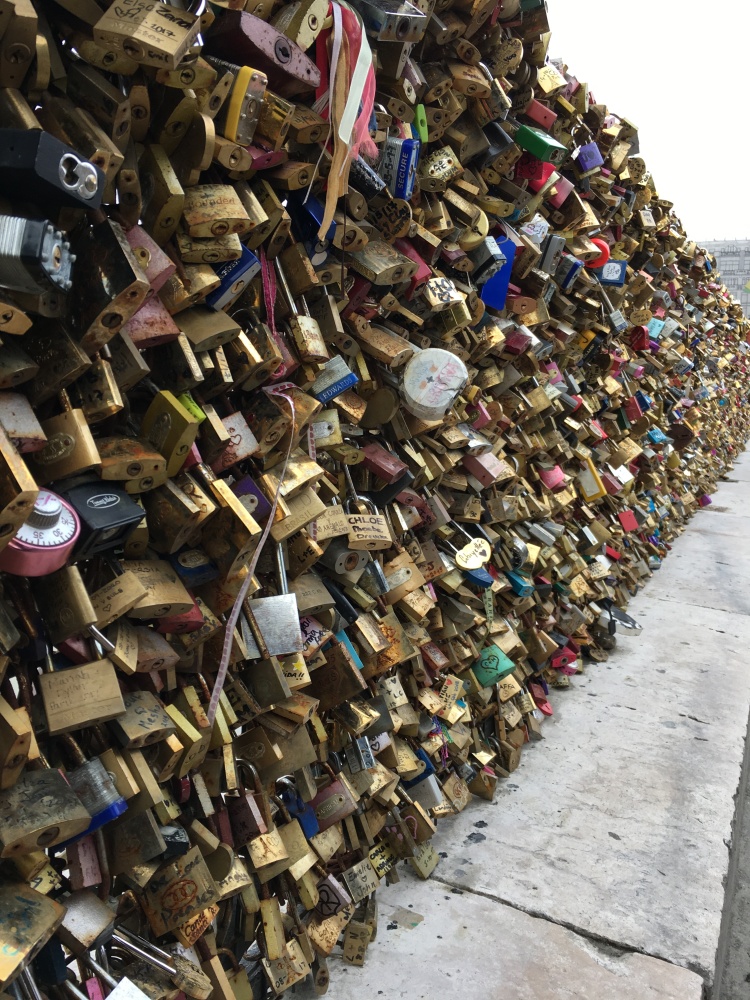 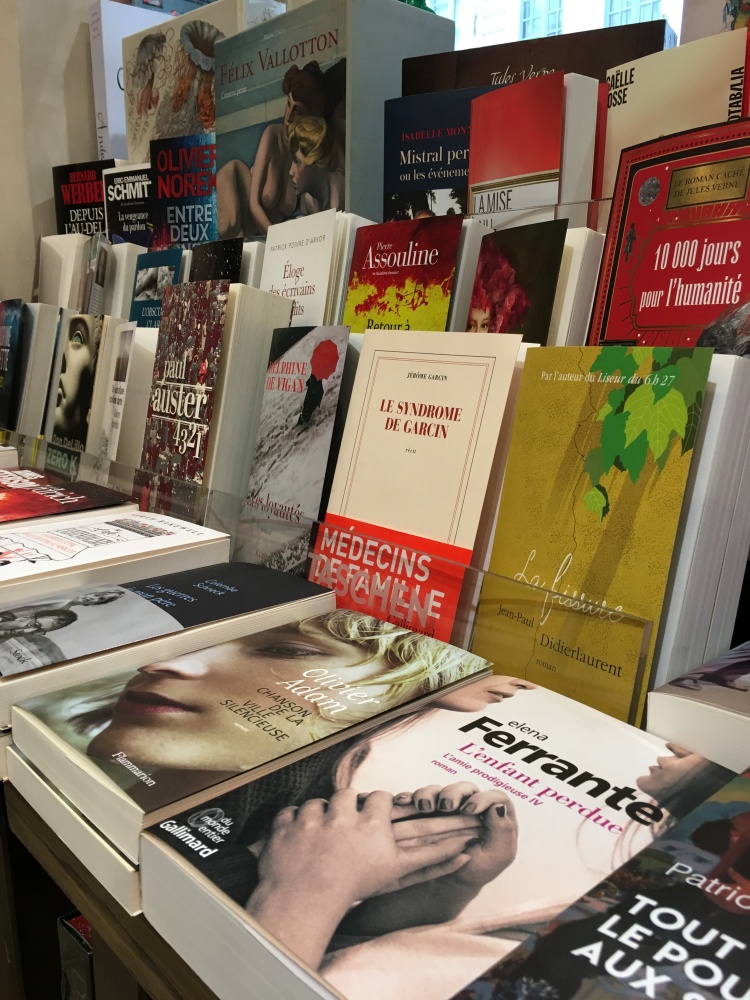 From there, I hopped on the metro and made it to Bercy station just in time to board my FlixBus home.

Thank you for reading my Paris weekend recap and check back soon for more!